As you probably know by now there was an incident in the last lap of todays Nationwide Daytona race where several cars crashed and parts went over and through the fence.

Whats interesting is that a fan posted a video he took from his seat in the stands of 2 minutes after the accident.

Makes for interesting argument
-       Is Nascar within its rights as it IS private property.
-       Is the fan within his rights as he posted less than 1% of the event (eg he shot the accident scene 5 seats over where a tire landed on someone)


Either way what has happened…..and this is so true about the internet once something is uploaded it can never be deleted…..the video is now being displayed on 20 different websites some which have refused to remove it in addition to it being uploaded to youtube under many different accounts with no mention of Nascar so cannot be located through simple keyword search.


btw here is the CHurl for the live fan chat for todays race – http://www.LiveNascarChat.com/go/19750

Jeremy Lin Went On Google Plus To Chat With Fans

Remember when Jeremy Lin skyped with a 5-year-old Knick fan after the NBA star found out about the child's tears? Well Lin is at it again, this time "hanging out" with a group of fans yesterday via Google+. 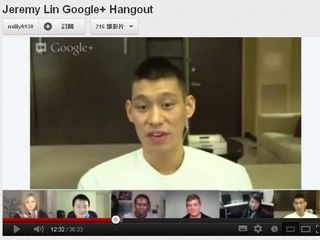 Would you pay for Live Fan Chat?

Five ways media companies can build paywalls around people instead of content - http://paidcontent.org/2013/02/08/five-ways-media-companies-can-build-paywalls-around-people-instead-of-content/

So i'm curious, would you pay $1 a year for an ad free version of www.LiveFanChat.com ?

If not, what additional features would you like to see that would make you want to pay $1 for a years worth of access?

Netflix knows when you pause,stop,rewind

Not sure i like the title of the article but its a great example of what www.LiveFanChat.com is trying to achieve


http://www.salon.com/2013/02/01/how_netflix_is_turning_viewers_into_puppets/
........I hit the pause button roughly one-third of the way through the first episode of “House of Cards,” the political drama premiering on Netflix Feb. 1. By doing so, I created what is known in the world of Big Data as an “event” — a discrete action that could be logged, recorded and analyzed. Every single day, Netflix, by far the largest provider of commercial streaming video programming in the United States, registers hundreds of millions of such events. As a consequence, the company knows more about our viewing habits than many of us realize. Netflix doesn’t know merely what we’re watching, but when, where and with what kind of device we’re watching. It keeps a record of every time we pause the action — or rewind, or fast-forward — and how many of us abandon a show entirely after watching for a few minutes.
Netflix might not know exactly why I personally hit the pause button — I was checking on my sick son, home from school with the flu — but if enough people pause or rewind or fast-forward at the same place during the same show, the data crunchers can start to make some inferences. Perhaps the action slowed down too much to hold viewer interest — bored now! — or maybe the plot became too convoluted. Or maybe that sex scene was just so hot it had to be watched again. If enough of us never end up restarting the show after taking a break, the inference could be even stronger: maybe the show just sucked..... cont

Posted by Dean Collins at 7:13 AM 0 comments

See you online for the SuperBowl from 6pm est at - http://www.LiveFootballChat.com/go/19522
﻿ 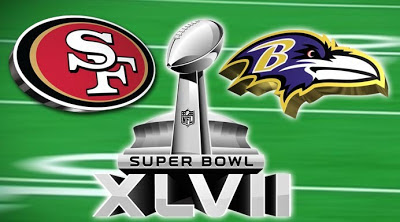 Posted by Dean Collins at 6:52 AM 0 comments