Webber wins Brazil F1, last race of the season...now counting down to 2012

Mark Webber (Red Bull) took the lead on lap 30 and went on to win the Brazilian Grand Prix on Sunday.

Controversially Vettel lost 2nd gear and had to end the race 16 seconds later in 2nd place, albeit he lost my support when he claimed he felt like Senna in 91 who won the race with only 3 working gears from 6.....sorry Vettel but Senna won...you came 2nd-you're not even in the same league.

In a show of true social media integration, Mississippi State has hashtagged the end zone for this Saturday's Egg Bowl game with rival Mississippi. With Mississippi State's grounds crew getting creative by painting #HAILSTATE on the end zone, we got to thinking: Why hasn't anyone thought of this before?

Happy thanksgiving to all NFL fans. We all have a lot to be thankfull for this year (eg we aren't NBA fans)

Labels: NFL
Email ThisBlogThis!Share to TwitterShare to FacebookShare to Pinterest

"Would you watch NBA games with replacement players?"

There was an industry poll asking the question "Would you watch NBA games with replacement players?"


My response is.... the real question here is.....would you watch your favorite players playing in a competing league to the NBA?


Even if it was just a 4 team "All Star" eg east coast, west coast, midwest, south where the teams played round robin exhibition style.

Can you imagine what the tv rights for this would be worth? Surely there is an existing network out there who currently doesn't carry NBA who would like to fund this and now that the players union is disbanded....whats to stop them?


Cheers,
http://www.livebasketballchat.com/
Posted by Dean Collins at 11:49 AM 0 comments 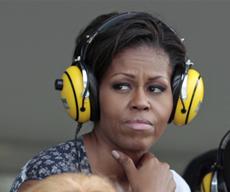 The White House and NASCAR are downplaying a Sunday incident in which some race fans booed first lady Michelle Obama and Jill Biden, the wife of Vice President Biden

Running http://www.livenascarchat.com/ I can tell you our analytics show that fans come from all over the country.

Watching what they say during the in race chats tell me that they are anything BUT the stereotype. I think the article is skewed in assuming a stereotype here when the crowd was probably just republican :)

Labels: Nascar
Email ThisBlogThis!Share to TwitterShare to FacebookShare to Pinterest

The dangers of the NBA lockout

I was watching tv the other day where they were talking about a soccer team in Dagestan (ex ussr country to the east of Russia near Georgia/Iran etc).


The teams name is Anzhi, and they just made the news purchasing Samuel Eto from InterMilan (one of the best clubs in the world) for $14m a year making him one of the highest paid soccer players in the world.

The freaky part is he (and the rest of the team) don't live in the teams home city....they don't even live in the country. They fly in and out via private jet for each of the games and actually live back in Moscow.
- http://www.nytimes.com/2011/09/12/world/europe/12dagestan.html?pagewanted=all

So if you don't think at least a few NBA stars are going to get wooed away out of the NBA for good if this decision doesn't get made soon then you are as big a fool as David Stern.

Sure they might not make as much money as the NBA but i think some of those big name players with their aging bones might find a softer Italian league game play more to their liking as they wind down their careers.....ever compared the Italian riviera to New Jersey at this time of year?


Cheers,
http://www.livebasketballchat.com/
Posted by Dean Collins at 11:23 AM 0 comments