Be the first to do this in a new chat and earn a badge.

Invite your friends and have more fun

Feel free to click on the link below and forward it to your friends to get them involved in LiveBaseballChat the more the merrier....even if they are know it all Cubs fans
http://fabzing.com/watch/?s=GWnWDZKC

Did you know that for the first time since 1999 the two top teams in their respective leagues made it to the World Series, last time this happened was in 1999 with the Yankees/Braves. More here on our facebook page at - https://www.facebook.com/LiveBaseballChat/posts/10151984436341535

Posted by Dean Collins at 9:54 AM 0 comments

Les Stroud, best known for his TV show Survivorman, will be doing a live fan chat Wednesday from 1 to 1:45 p.m at CBC.ca

Great to see someone like this getting in touch with his fans. 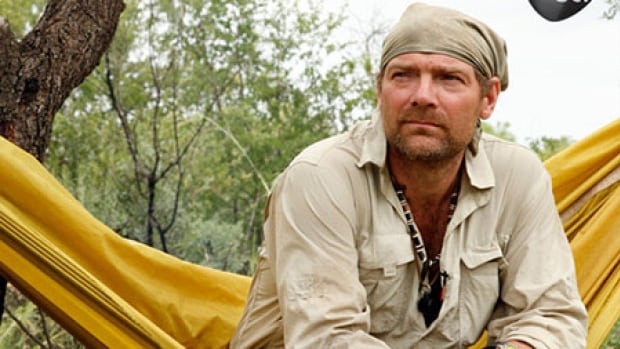 Racing at Charlotte this week

This weekend we're back at Charlotte under lights

The experts are tipping Kevin Harvick after his win at Kansas however with Jeff Gordon picking up pole he's always a serious contender. BTW I came across this fact this morning...This is Jeff Gordon's 74th pole in 720 NASCAR Sprint Cup races - 1 in every 10 races?? WTF is this some kind of record.


So what does it take to run Nascar Inc

Came across the reports this week of Brian France's divorce and his salary leaks.
in September 2005, documents list France's assets of more than $554 million, including over $218 million in International Speedway Corp. stock. His total income for 2004 was $9.1 million, including an $8.7 million salary from NASCAR, a privately owned company. France also was paid by ISC and NASCAR Digital Entertainment.
Wow.... I mean seriously I don't begrudge a self made go getter....but that's some serious money for running Nascar Inc. Makes you think next time you shell out high prices for some track tickets that there might be some "overhead" they can cut to reduce costs and make Nascar more viable for families.


What are your thoughts on this?
I'm assuming if found guilty he'll probably get a suspension but going to be months I guess......feel free to post your thoughts at - https://www.facebook.com/LiveNascarChat/posts/10152603485030931

NASCAR's Travis Kvapil will race despite arrest
According to court records reviewed by The Sporting News, Kvapil allegedly pulled his wife into a bedroom by her hair and struck her in the head. He is not permitted to return home and can only contact his wife by phone or email on matters concerning their three children — Kelsey, Carson and Caden. He faces a Nov. 19 court date.

Some of the comments on our Facebook page are worth reading eg
-> Disappointing. Made will suspend a driver for a racial slur, but won't do anything if a driver hits a woman.

See you all online during the races at http://www.LiveNascarChat.com this weekend or on Twitter at @LiveNascarChat before then.

Great article well worth the read.


In his speech, Williams explained what the internet is, how it works, and how to get rich from it. Truth be told, Williams is not the best public speaker, but his message was clear: At a time when so many internet entrepreneurs are running around Silicon Valley trying to do something no one else has ever done, Williams believes that the real trick is to find something that’s tried and true — and to do it better. It’s a speech that should serve as a signpost, a bit of much-needed direction for the Valley’s younger generation.


The bottom line, Williams said, is that the internet is “a giant machine designed to give people what they want.” It’s not a utopia. It’s not magical. It’s simply an engine of convenience. Those who can tune that engine well — who solve basic human problems with greater speed and simplicity than those who came before — will profit immensely. Those who lose sight of basic human needs — who want to give people the next great idea — will have problems.


“We often think of the internet enables you to do new things,” Williams said. “But people just want to do the same things they’ve always done.”

Cant agree with this statement enough….. -  “But people just want to do the same things they’ve always done.”


It’s the entire basis of why I started http://www.LiveFanChat.com for people to chat with each other while they watched baseball games. Communicating with friends and shooting the breeze while sharing an experience, its as simple as that.

Cheers,
Dean
Posted by Dean Collins at 10:58 AM 0 comments