Manor F1 team are officially out of 2017 season


There's a great article here in Motorsport on why #F1 needs the smaller teams - https://motorsport.clickon.co/2017/02/07/formula-1-will-miss-manor-racing/


Its especially hard on younger drivers like Jordan King "For everybody in my position as a young driver, it becomes a lot harder when the grid shrinks." 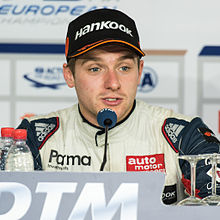 There are some discussions about Chinese backers coming in......so of course there is still a chance they'll be back in 2018.....unfortunately #F1 has always been a rich mans sport and that's unlikely to change anytime soon :(

- http://www.LiveF1chat.com/dean.collins
Posted by Dean Collins at 1:11 AM

Labels: F1
Email ThisBlogThis!Share to TwitterShare to FacebookShare to Pinterest